As I suspected, we got the Preliminary Patch Notes for 3.2 today, which means we’ve got a ton of info about what’s coming for glamours on Tuesday! We’ve also gotten a ton of other tidbits over the past few weeks, and overall, I think there is a lot to look forward to.

First and foremost for most players, we’re getting new, Primal-themed Allagan Tomestone gear: 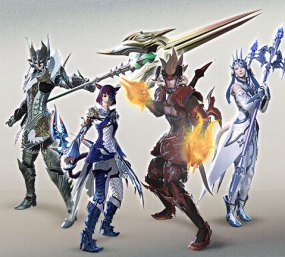 In what is something of a disappointment, the sets are themed after only four of the Primals from A Realm Reborn: Ifrit (for Tanks and Monks), Garuda (for Dragoons), Leviathan (for Ninjas and Range DPS), and Shiva (for Casters and Healers). The definite winner here is Dragoon, which gets the only set that isn’t shared. I’m really interested to see what the sets look like when dyed, though. Personally, I would have liked to see each of the Primals from ARR get a set (with Titan going to Tanks, Ramuh going to Healer, and, I guess, King Mog going to Ranged DPS), but I should have tempered my expectations a bit, since tomestone gear is never fully unique between the roles. The upside is that the Ifrit set is the first example that I can think of in which Tanks and Monks share a gear model, which is at least a new combination we haven’t seen before.

After the Tomestone gear, the most important thing to most players is how the raid gear looks from Alexander (Midas).

This stuff is going to be much more useful for glamour than the Gordias sets were, which had rather unusable base color schemes that matched very little else in the game. The dyable versions of those sets were workable, but given the heightened difficulty of Gordias (Savage), they were out of reach for a lot of players, rendering the “Prototype,” non-dyable versions largely unwanted. The Midas sets, by contrast use rather friendly black and white schemes, with some red and gold to round things out. Judging by the second image, Tanks get a unique set (again!), while the shared sets go to Dragoon/Monk, Ninja/Ranged DPS, and Healer/Caster, as is the usual way of things.

We’re also getting new high level crafted gear, of course, and from the looks of it, all of these sets are new styles for the most part, though there are some reused pieces for boots and gloves).

Figuring out which sets are which here is a little tricky. The Tank set is front and center (and it looks great), with a new body piece that’s finally not some overgrown tabard/cloak monstrosity, which is just about all we’ve been getting in Heavensward lately. The blue set on the Rogadyn appears to be Dragoon and Monk, at least, judging by the item names in the Preliminary Patch Notes. The interesting thing, though, is that the Casting set also has the same item names (aside from the Casting suffix, of course), so Casters may actually have some lightly-armored options for glamour going forward. Scouting, Aiming, and all share item names, but figuring out which set is which of the remaining three is tricky. If I had to guess, the set on the far right is the Healing set, the set on the far left is the Aiming set, and the last set (the red one), is the Scouting set.

If that’s true, Scouting armor has finally gotten its own unique set, and for the first time in a very long time, Healers have also gotten a unique set. That’s big! It suggests on some level that the art team realizes that a number of roles have been getting a bit more shafted in the gear-style sharing department, and hopefully we’ll see some more variety going forward! On top of that, all five sets look great (and would you look at those two new pairs of thighboots)!

There’s also new dungeon gear, and going by the “Dravanian” item names in the Patch Notes, which all share the names of the Orthodox sets from The Aery level 55 dungeon, we can reasonably assume that they snuck in some previews in some of the recent Developer’s Blogs. 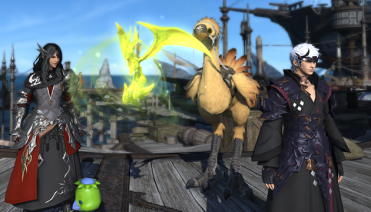 On the far left there, you can see a recolored version of the Orthodox Fending and Maiming sets—whether that’s for Tanks or Dragoons is anyone’s guess. On the right, you can see the same for the Orthodox sets of Aiming/Striking/Scouting. While I’m disappointed that we seem to be getting simple recolors for dungeon gear (which isn’t something they’ve done very often), I’m excited to have new color palettes for the Orthodox gear—some of it is quite lovely, but the colors on them can be a bit limiting at times. Getting recolors of these should, if nothing else, open up some new possible combinations!

I feel like I’ve been going on about these things forever, but there’s still more new stuff coming in 3.2 for glamours! The new Hall of the Novice is going to come complete with new rewards, which are recolors of existing lowbie gear for the most part:

The two most exciting things here are that Casters are going to get another version of the Acolyte’s set (from the level 15-17 dungeons) to work with, and that tanks are getting a more glamour-neutral version of the Protector’s Cuirass to work with. There’s no indication on whether or not these sets are able to be dyed or not—if they are, that’s going to open up a lot of new possibilities as well!

But wait, there’s still more! On the forums a week or two ago, we got some news that some previously role-locked items were going to get glamour-friendly recolors that work for all jobs! 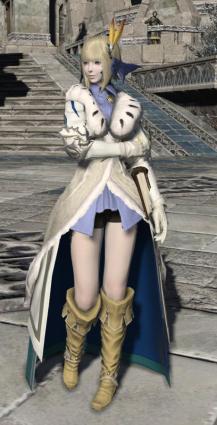 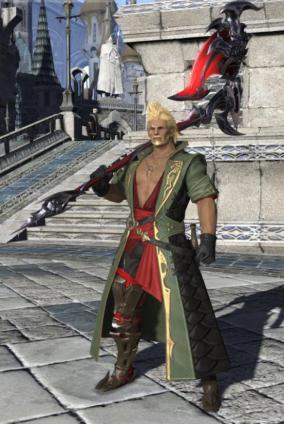 From left to right, we have job-neutral Boots of the Divine, a job-neutral Boarskin Skirt (without the problematic leather leggings!), and a job-neutral Kirimu Coat! This last one in particular is great, though I can see it being dreadfully overused for awhile in the patch’s early period.

That covers everything I’ve been able to find images for, but there’s still more great stuff coming:

Phew! I think that’s everything. Honestly, there’s so much to look forward to in the patch for glamour that I’ve probably missed some stuff.

And oh yeah. I guess there’s new content, too! Maybe I’ll check some of that out sometime! See you guys next week!