Before I put together my most recent Ninja glamour, I actually did one for tanks, but with all the hype over 3.3, I hadn’t got around to showcasing it. 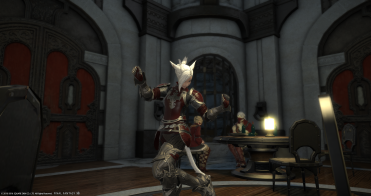 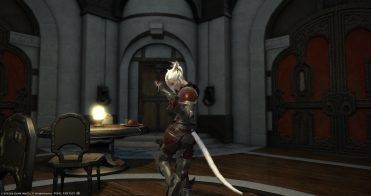 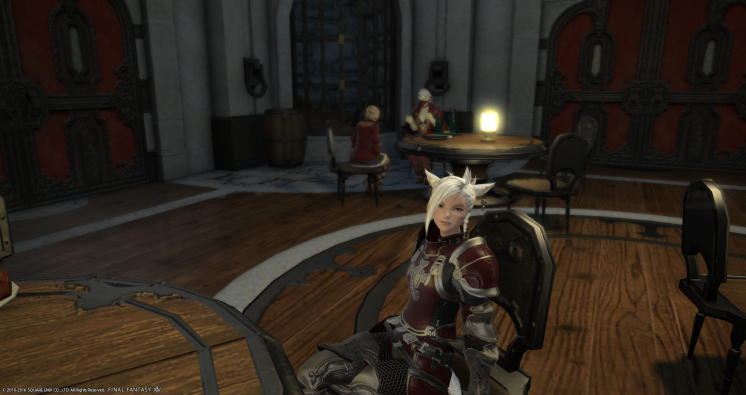 I’d been trying to get my hands on the two Dravanian pieces here for awhile: I had the gauntlets, but the greaves had been eluding me. I got them during one of my Experts toward the end of last week, and since I’d gotten a bit bored with my old tank glamour, I decided to use them to build a new one. The specifics weren’t really that difficult here: I’ve always liked the Mythril Curiass with the Orthodox versions of the gauntlets and greaves, and in Wine Red, it pairs up nicely.

The Legs slot was harder to fill. I didn’t want to go with the Noct Breeches (which I’ve used in the past with the Cuirass), and the Augmented Gallant Cuisses didn’t really give me what I wanted for a “light” look. That meant pants as a last resort, but since it’s tank, I didn’t mind it so much. I thought about using the Heavy Allagan Cuisses, but there wasn’t a good way to match the red and silver color scheme with them. The Adamantite Chain Hose already have a matching red, though, and after debating whether or not to dye them (which sadly, removes the red), I settled on these. (I’m actually very fond of chainmail pieces for melee and tank classes, and I wish we had more varieties to choose from.)

As usual after I finish a tank glamour, I did end up playing Paladin more. I’m not sure what it is about tanking, but I only tend to do it when I’ve got a new look. I’m not sure how long I’ll be sticking to this look though—I picked up a tank piece from the Weeping City of Mhach (which was preferable to running it multiple times for the Ninja pieces I wanted), and I like it enough that I may build something around it sooner rather than later. We’ll see, though. Happy Friday everybody!