Many of you are no doubt already aware of the Amazon promotion going on, which is the North American opportunity to pick up the maid and butler outfits from the Japanese 7-11 Promotion that happened some time ago. I finally got my codes and the items to go with them this morning so I wanted to collect some shots of the items for people that are curious about what they’re getting.

First and foremost, of course, is the maid outfit, for which people have been asking ever since it was first released: 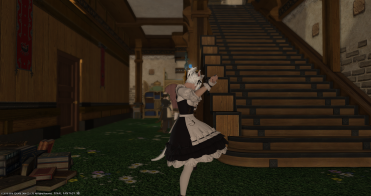 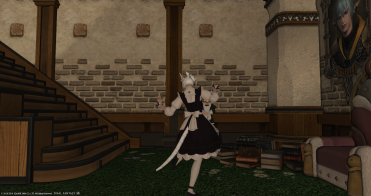 Unfortunately, both the housemaid’s attire and the butler’s attire are gender-locked, so I’m not able to show that one off, but the codes do send the items to all of your characters, so if you have characters of both genders, you’ll be able to enjoy both. I’m not sure I’ll really use this thing much, but it’s the sort of thing I could imagine kicking myself for not getting some day down the line. The shoes do have some potential for usage with other tights, though, so that’s one thing. 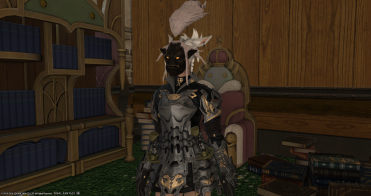 The Inferno and Crag masks basically amount to Halloween masks for the two primals. I could see someone working something around the Inferno one using the Lore gear for tanks and Monks, perhaps. The Inferno mask also has a nice little Easter Egg in that the horns light up if you toggle /visor. The Crag mask doesn’t do anything neat, though. 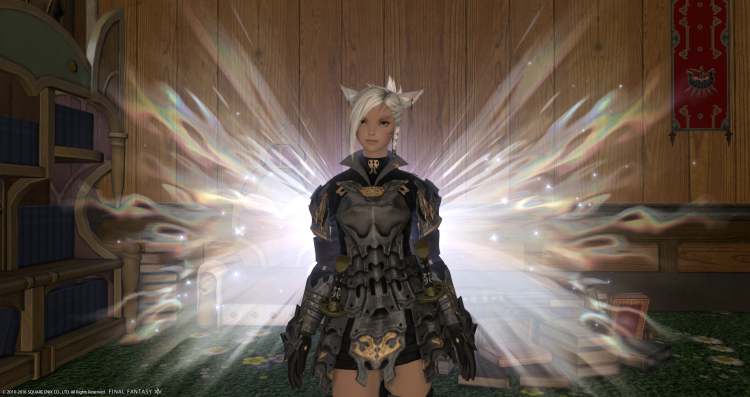 I think these Magicked Prisms are also available through the Ties That Bind quest (the one for the Ceremony of Eternal Bonding), but I’ve not actually seen the ones you get there to be sure that it’s exactly the same effect.

Last and very obviously not least, the promotion gives you the Original Fat Chocobo mount, shown here next to my small house for scale. He’s huge, and it’s awesome. He’s the same size as the other Fat Chocobos, I think, but I’ve never actually ridden one to be sure.

Also, the delivery message cracked me up.

If you’re curious about the promotion, the official page on the Lodestone is finally up here, but in short, here’s how it works:

It’s a little convoluted (but I guess it wouldn’t be Square Enix if the process wasn’t at least a little messy).

Oh, and if you’re curious, I’m so hooked on this game, I just purchased the PS4 version of the game, since I didn’t see any other games that really caught my interest. I may have to fiddle with the console version for awhile after it comes in.