I’ve done almost nothing with Dragoon since I hit 60 on it, to the point that my old glamour actually deteriorated as I picked up random upgrades from newer dungeons, and over the past couple of days that was starting to bug me. It probably didn’t help that I saw a body piece I remembered I had been meaning to use for awhile on someone else, which had the gears running in the back of my mind regarding what I wanted to do with it.

I apologize in advance for the time-of-day difference between the shots. >.> 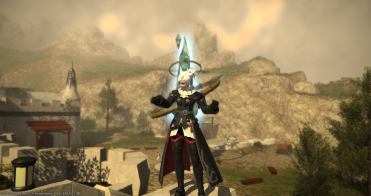 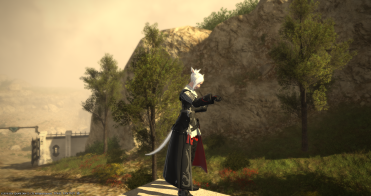 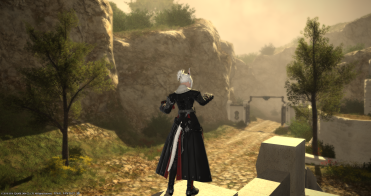 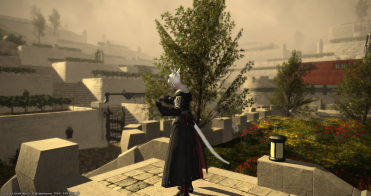 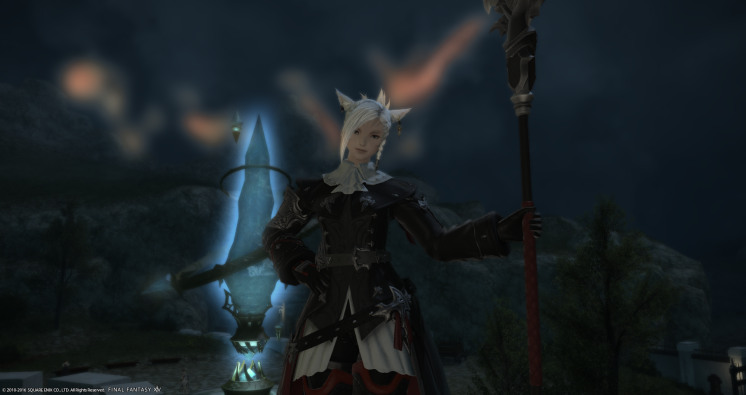 This was supposed to be a quick and easy glamour, but my initial plans didn’t really pan out. Normally with Coats like this one, I take a pretty basic approach of the Light Steel Subligar with some Thighboots, but the Subligar’s actually too narrow for this since the body piece has a slight gap at the midsection. I tried a few of the larger Subligars, but none of them really looked right to me, and Lady’s Knickers (Black) were the wrong shade, so those were out, too.

I’ve always really liked the Saurian/Direwolf Trousers, though, and something about them just seemed to fit. I experimented with them in Pure White and Dalamud Red, but as usual, Jet Black just provided the most cohesive look.

About halfway through fiddling with this, I realized the Coat would fit well with some of the Maelstrom gear, which prompted me to move away from the Replica Allagan Gauntlets of Maiming to the Lominsan Officer’s Gloves, which in turn opened up the possibility of the Lominsan Officer’s Boots, instead of the tired old Expeditioner’s Thighboots.

I think it’s actually a shame I really don’t enjoy Dragoon, because I rather like this look!