So, even though I really liked my last healer glamour, I’ve hardly healed any content at all since I finished it. That usually means I need to change something about it. I decided a few days ago that one of the things I was missing was glasses: since I’ve normally been a Scholar for just about all of my healing (though I like White Mage for speedrunning dungeons), they’re something I almost always have on my healer glamours.

Since I knew I was going back to glasses, I initially thought I would try and make a SCH-specific look again. Since that normally means Scholar’s or Savant’s Culottes, I pulled out an old standby for the body piece: the Holy Rainbow Shirt of Healing. I’ve used it before (it was the body for my very first healer glamour on the site!), but I’ve never been happy with how it dyes for the most part, since it does one of those awkward two-tone things, which doesn’t match with the two-tone pattern for the Culottes (rendering them largely unusable together).

All of the Holy Rainbow Shirts have interesting default colors, though, so I thought I would see what I could do with the default version of the Healing one. I through it on over my existing body piece and removed the dye, and…I actually really liked the way it looked with everything else, much to my surprise. 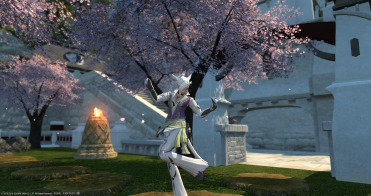 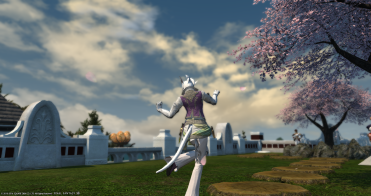 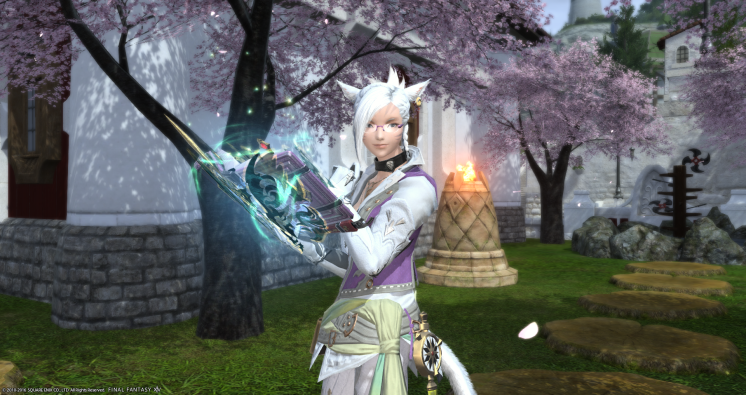 I did play around with a few things (like the High Allagan Pantaloons), but the color scheme of everything else worked really well. The main changes from the last glamour were the replacement of the circlet with my favorite glasses and a change for the shoes. The High House Halfboots did fit sort of strangely with the Trousers, and I found that I really liked the Best Man’s Gaiters here (they’re also something I’ve never used before, which I always think is neat).

As far as I remember, this is also the first time I’ve used any shades of pink in a glamour. While the shirt itself is more of a light purple, I much preferred the Colibri Pink for the glasses. I really like how the glow of the Hyperconductive Tetrabiblos sort of matches the sash on the undyed shirt, though, and so I figured pink would be a good fit for it, too, and at that point, it made the most sense to match the glasses, since both items have metallic parts.

I do have a history of changing healer glamours not long after I find a new one “by accident,” so I suppose we’ll see how long this one lasts! For now I think it’ll get me through a few dungeon runs at least, which is more than I can say about the last one.