Over the last couple of weeks, Yoshida has given a number of interviews in the lead up to Patch 3.4 (and also, in the longer haul, the lead up to the next expansion). I’ve linked to a few up above, but there have been others, all covering the same range of topics. Most of the information contained within them is relatively tame—it’s too early, he says, to really talk about the expansion, so most of the information has focused on 3.4, coming September 27th. Two common threads through all of the interviews this month have been that the next tier of Alexander is going to be easier than both Gordias and Midas, and additionally, that the developers intend to simplify class rotations in the expansion (4.0).

This has provoked, naturally, plenty of discussion. Players in the higher echelons of play (such as those who have cleared Midas Savage) are worried about the game losing the sort of content they enjoy most. Others, such as former raiders, or those who still raid but haven’t enjoyed the increased difficulty in Heavensward, have reacted to the idea of less difficult raids more favorably. Regardless of how individuals feel about it for now, the raid scene in FFXIV has been in a lot of trouble that began with Gordias (Savage), and while the developers made some attempt to revitalize it with Midas in 3.2, their efforts haven’t been all that successful.

This is a pretty complex topic to cover, so I’m not going to force it all into one post. I’m not sure how many I’ll end up making (at least two, and possibly three, depending on how much space I need to get my thoughts in order). What I want to do today is provide some context for why the team is looking to lower the overall difficulty in the raids, to start, by looking at what we know about the overall clear rates.

While we don’t have any official numbers on clear rates, we do have occasional numbers from an “unofficial census” periodically conducted (usually toward the end of each major patch) by @LuckyBanchoFF14 (you can check out his site here, where he collects the data, which is in Japanese). Others more capable than me frequently parse through the data and translate it on Reddit, such as here for the census in January or here for the one conducted from the one released this month in August. Now, the data Lucky collects is based on a sweep of Lodestone data, and the Lodestone doesn’t allow seeing everything about every character: notably, it can’t see Achievements for everyone, which means that exact numbers for raid clears aren’t available to it. Since AS4 has a mount drop and AS8 has a minion drop (and mounts and minions are publicly available via the Lodestone), the census does provide some sense of the number of clears for both.

In January, not long before the release of 3.2 (and the corresponding end of the Gordias raid tier), the data showed that around .75% of the active playerbase had the Gobwalker mount visible on the Lodestone. Since the mount only drops once per clear (so the number is likely to be a bit higher as there will be groups who don’t clear enough times to get all eight members the mount), we can safely say that more of the playerbase had cleared AS4 at that point, but probably not much more, since most groups capable of getting the mount at the time probably cleared enough to get enough pages for a guaranteed weapon, which is also enough clears to get everyone in the group the mount.

The data paints a similar picture for Midas/AS8 now, just a month shy of Patch 3.4’s release. The initial numbers are better, with about 1.2% of the active population having gotten the Faust minion—again, we can probably assume the number’s a little higher than this for actual clears, since not everyone who cleared will have gotten the minion. And once again, since we can expect that groups clearing AS8 would clear more than once, each minion drop won’t represent 8 fresh clears, but some of them would represent more than just 1 clear (since there would be instances of a group who only cleared once, but also instances of groups that say, cleared four or five times, for that many minions). 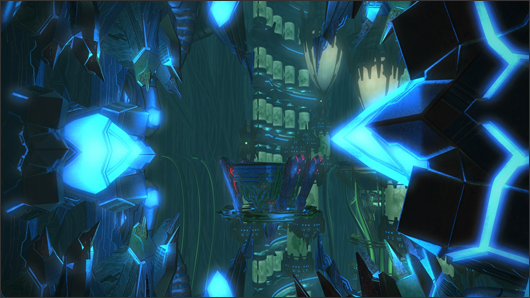 We don’t have similar numbers for most of the Coil of Bahamut raids, but we do have comparable information for Final Coil, since completing it did reward a Louisoix minion via an Achievement. According to the data released in Lucky Bancho’s census from April of last year (toward the end of the what would have been the normal six month raid period for Final Coil), about 4.9% of the playerbase counted as “active” by his criteria had the Louisoix minion. It’s my understanding that between then and now, he did tighten his criteria for what counts a player as active, and since the minion was rewarded based on achievement, rather than via a one-per-clear chest drop, the number of folks who cleared and the number who have the minion will be closer. As a result, this number isn’t directly comparable to the ones from Gordias and Midas, but it does provide some sense of the decline in the successful raiding population between the end of ARR and now.

If we’re generous and double the percentage of folks with the Gordias and Midas mount and minion, we’d be looking at the raid population being perhaps half of what it was then. Of course, that’s only an illustrative estimate—keep in mind that we don’t have a good way of getting exact clear numbers for either of the HW tiers (the decline in the raiding population is likely more significant than that, but how much more, it’s difficult to say). Whatever the final figures are, it’s certainly clear that less people are raiding now than used to raid (but there’s been a dip—less people were clearing Gordias than are clearing Midas now).

After Gordias, the development team saw the low clear rates for the raid and concluded that they had made the content too difficult—they responded by making Midas less difficult, and they did manage to increase the clear rate, though seemingly not enough that they’re satisfied with the result. And so they are applying what they viewed to be a successful strategy in increasing the amount of participation in end game raids yet again for the upcoming 3.4 raid.

That’s basically the context here—lowering difficulty worked to get more people raiding once, and the team seems to think that solution is the best option they have to get still more people raiding. I think there are decent arguments for and against that method, but that discussion is where things start to get pretty nuanced (there’s a lot to consider), so I’m going to go into that topic in more detail on Friday.

In general, I think it’s going to be important for the team to get more people interested in raiding: for one, they can’t necessarily justify developing content for a small fraction of the overall community. But it’s definitely important to maintain a healthy raiding community, on every server (not just a handful of them!), as the raiding population plays an important part in server economies and maintaining an active playerbase. Even those players who don’t raid might consider one day doing so, and if there isn’t a sizeable raid community to embrace them they won’t be able to. The team definitely has to strike a balance here—they want the content to be challenging to a good range of players, but not so easy as to not create long term engagement. Some challenge is going to be necessary to keep people interested throughout each raid cycle, as rewards themselves can only go so far.

I know this isn’t going to be a very “fun” series of posts, but it’s something I’ve been thinking about and discussing a lot lately, and I think it’s an important thing to talk about for the game’s future. With luck, I’ll be able to condense what I’ve got floating around in my head into just one more post, and then I can get back to talking about clothes! Until then, have a mega-Faust: