Every now and then we get a new piece of gear that insists on being in as many of my glamours as possible. Things like this are almost always glasses or boots, with the Expeditioner’s Thighboots being a big one that have been in a significant number of my looks. The Scion Healer’s Halfboots are doing the same thing, so if you thought I was going to stop using Y’shtola’s gear anytime soon, you were probably wrong.

I didn’t entirely like the Expeditioner’s Thighboots for my latest glamours for crafters and gatherers, and a little while after I picked up the new Scion ones, I went ahead and slotted them in, though I didn’t get around to really reworking the glamours to any real extent. A couple days ago I finally did so for my gathering one, naturally going for a red and black theme to work alongside the boots. 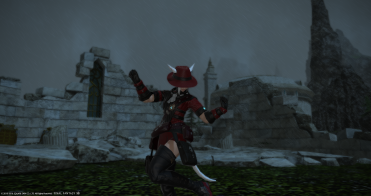 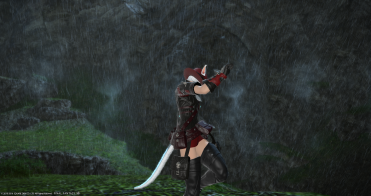 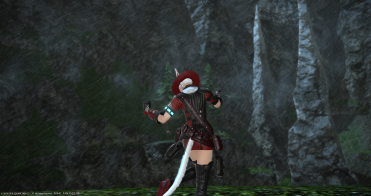 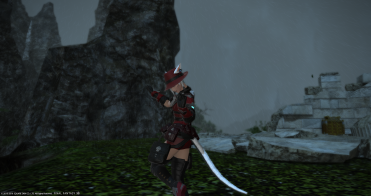 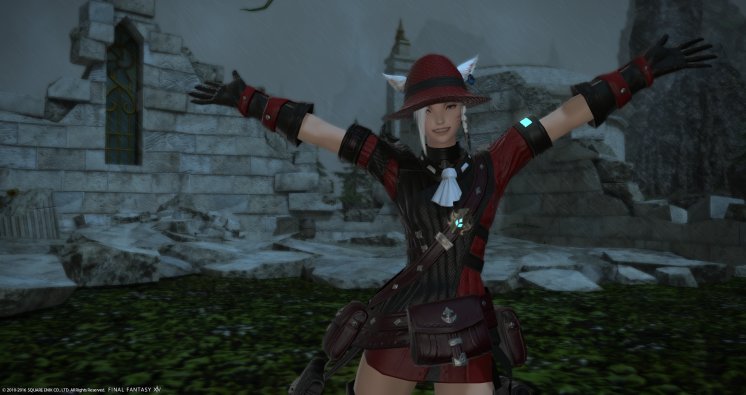 I recently hit 50 on Miner (finally!), which meant I pulled my Forager’s Hat out of storage again and remembered that it had the black band on it. I decided to see how it looked alongside the Ironworks Vest, and with that much more red and black in the outfit, it made sense to change the gloves to match, too. I would have liked to stick with the Expeditioner’s Pantalettes, but the fact that they have brown thigh straps didn’t really set with the uniform look for everything else.

I didn’t like the Valentione Skirt at first, either, but it was the best option for a skirt or shorts that gave me both red and black in one go. I tried the Miqo’te Loincloth as well, but the top unfortunately covers the black on it, so it ended up having too much red. The stockings on the Loincloth also always peek out over the backs of the thighboots, which always kind of bugs me (and is a big part of why I don’t use the Loincloth often, though it also annoys me to no end that Miqo’te tails clip through it because of the model changes going into 2.0 >.>).

I’m pondering what I want to do with my crafter glamour as well: I’ve currently got the Ironworks Apron dyed Dalamud Red to match the Halfboots as well, but I want to do something different for them, I think. I don’t like the Apron near as much as I like the gathering Vest, so I might actually glamour over it in the end.