I’ve always had a bit of a love-hate relationship with Monk (even going back to FFXI). Along with Ninja, it’s supposed to be one of Alahra’s “canon” classes, but I’ve rarely enjoyed the gameplay enough to focus on it, which makes my decisions to gear it more at various points in time usually poor ones. With that being said, that means it’s poor decision day at Fashion Ninjutsu because I started spending Lore (and Gobtwines) on Monk over the weekend and made enough crafted gear to get it up to i220 or so, which will be a decent starting point for it.

Admittedly, I mostly did this for glamour. Back when I started gearing tank, I was really excited to get the Augmented Hellfire Armor because I had seen the way the Monk version dyed and assumed the tank version dyed the same way. That was, of course, silly of me, and I’m still trying to figure out what to do with my tank glamour as a result. I’ve gotten the last of the Lore pieces I wanted for my three mains of each role, so lately I’ve just been getting whatever interests me (not long ago, it was Aiming stuff, since I already had the accessories from gearing NIN). Now I’m going to pickup a few of the left-side pieces for Monk, and since I have the more dye-friendly Hellfire Mail, that meant a new glamour, too. 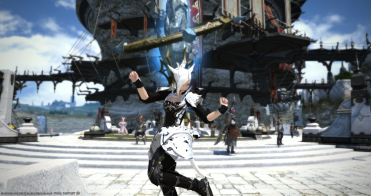 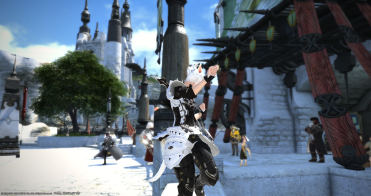 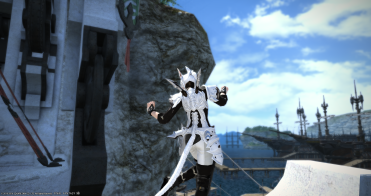 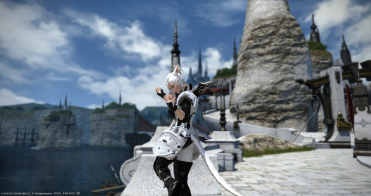 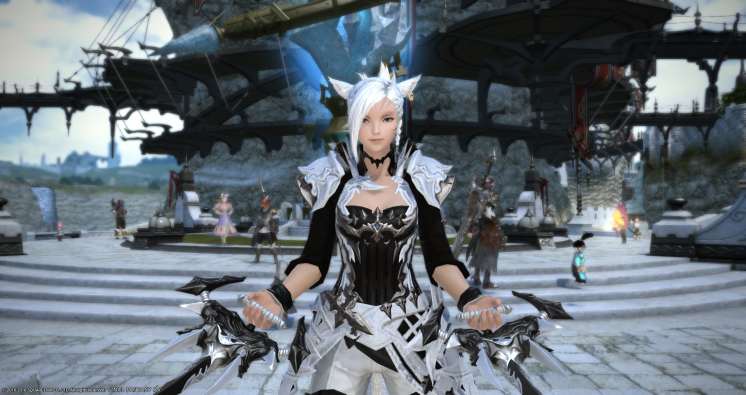 This actually ended up being a lot trickier to put together than I thought it would be. I had assumed I could easily swap the Hellfire Mail into my last Monk glamour without any trouble, but none of the pieces actually worked well with it, so I had to pretty much start from scratch. I don’t think I’ve actually used any of the other pieces in this look before—none of my staples really worked!

For gloves, I wanted something light, and the Dravanian Wristgloves thankfully have a similar color scheme to the white and black Hellfire stuff. After making the Eikon Leather boots, I rather liked them, and they felt “heavy” enough to work with the body, whereas the Expeditioner’s Thighboots didn’t. I might be replacing them with the Hellfire Sabatons once I have them, but I’m not positive on that yet.

Settling on a leg piece was definitely the hardest part. The Eikon Leather boots are taller than the game’s normal thighboots in the front, so they don’t quite work with most of the skirt options I would use in cases like these. I considered using the Valentione Skirt, but I’m already using that for a few other glamours, so I was reluctant to take that plunge. The Lady’s Knickers (Black) are the wrong shade of black, and the Gryphonskin Pantalettes dye horribly, as I’m sure I’ve mentioned before.

Which meant this glamour ended up being one of those rare specimens in which Alahra wears pants. I’ve liked the black and white of the Storm Elite’s Trousers for a long time, but I’d yet to find a body that I really liked alongside them. While I’m not 100% happy with the grey on the legs, it’s minor enough (and somewhat hidden), and these were the best choice out of several others, all of which simply involved too much black to work, since the boots were already almost entirely black.

Now that the glamour’s out of the way, the real trick is going to be figuring out how to play Monk in content outside of Stone, Sea, Sky. >.>