My sense of shame finally caught up to my last Paladin glamour a few nights ago, and I needed to do something about it. I suppose following the early-Heavensward nostalgia I felt through most of November, my first thought was to pull out the Orthodox Coat of Fending, which is one of my favorite new models from the expansion (and overall, probably my favorite tank body style, as it’s light but also has a distinct look). The coat is really tricky to work with, though, since it has somewhat unique coloring. I couldn’t find any hand or feet pieces that I really liked with it other than stuff from the same set, and that’s not exactly exciting!

Mostly out of curiosity, I pulled out the other model of the coat to compare them, had a eureka moment with the Y’shtola’s boots, and then, a new glamour was born. 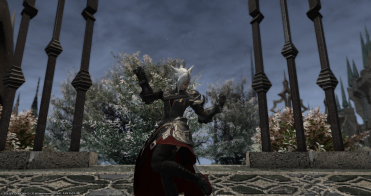 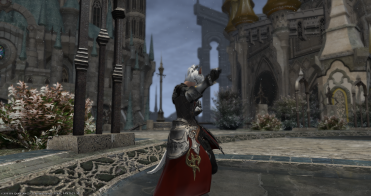 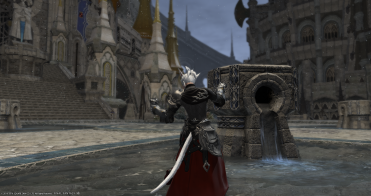 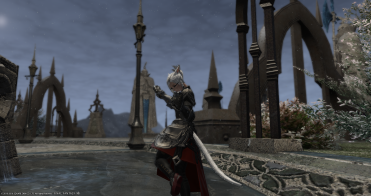 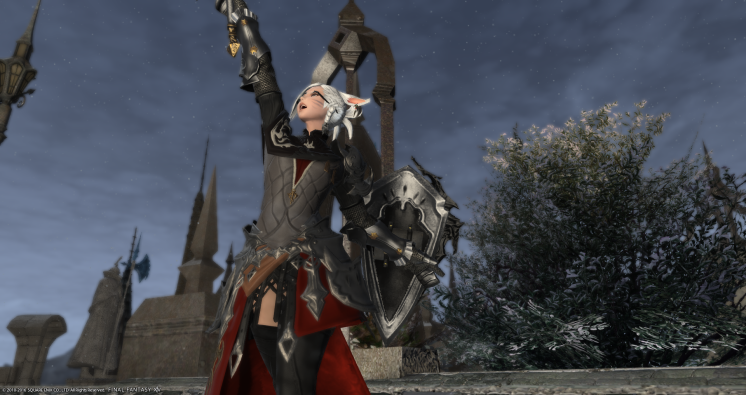 Well, okay, it wasn’t that simple. It never really is, is it? The boots gave me a bit of that light armor look I always crave for tanks, but let me tell you: now, as always, tanks have positively awful options for gloves. Since the boots were pretty light, I wanted something to match that style for the hands slot. Most tank-specific options are gauntlets, of course, and there are very few that are slimmed down, with the High Mythrite Gauntlets being one of the slimmest (but they had too much gold to really blend in well with the body).

The Dravanian Gauntlets were far too bulky juxtaposed against the Highboots, and most of the leather gloves options were either too bulky or too small—something like a dyeable version of the Foestriker’s Mitts would have worked really well, but tanks don’t have access to anything of the sort. Though the situation isn’t ideal (since I try to avoid job-specific gear for tanks and healers), the Augmented Gallant Gauntlets are probably the most “streamlined” option tanks have access to so for now, they’ll do.

Regular readers know that the glasses and the Subligar are more or less standards for me at this point. I don’t think I need to go into why I went with those, do I? >.>

I think I’d still like to mess around with the Orthodox Coat at some point, since there are elements (like the black leather vest section) that I honestly prefer to the Dravanian variant, so we might be revisiting this one soon enough.