I was actually dissatisfied with my last Paladin glamour by the time I posted the latest Ninja one, but I didn’t have an opportunity to do anything different until over the weekend. I mainly use tank as a well to help others with queues or to ensure certain things (namely, Leveling and Level 50 Roulettes) proceed quickly and at one point while preparing to do a Roulette, I realized I didn’t want to be in the glamour I had. I didn’t want to keep anyone waiting, though, so I took 10 minutes to throw together something I knew would work based on an old favorite look from the pre-glamour days. 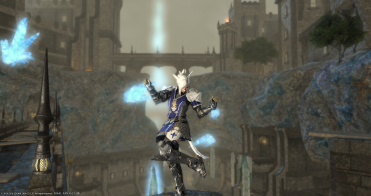 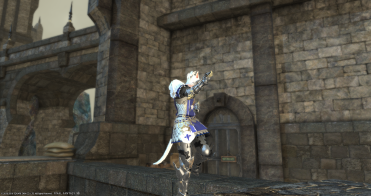 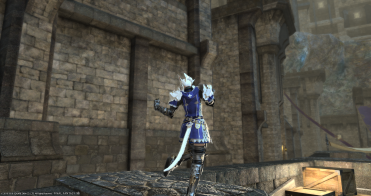 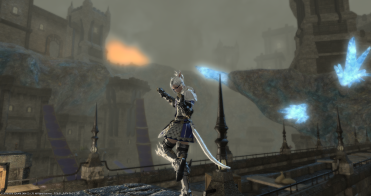 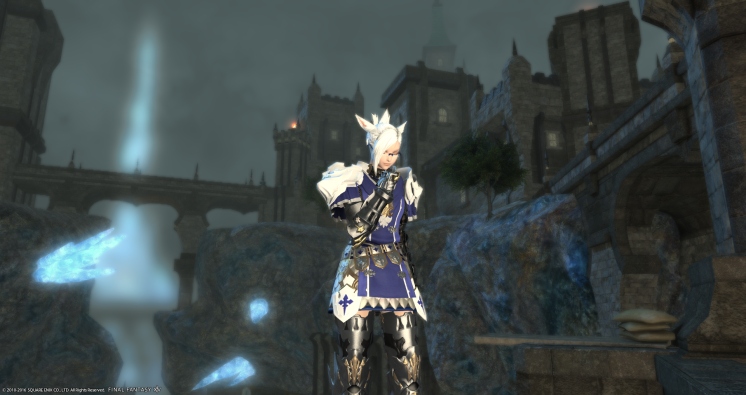 In those terrible days before Glamour Prisms saved us from the oppressive tyranny of the mismatched sets we wore because they had the best stats, there were still some pretty nice incidental looks. One of my favorites, which I’ve mentioned before (for those of you playing the home game), was the Heavy Allagan Flanchard paired with the Valor Surcoat. Since the Flanchard dropped from Turn 1 of Coil, it was fairly common to see it with both of the i90 “Relic” bodies for tanks, and despite the color mismatch (with the Flanchard being that Allagan bronze color), something about the pairing always really worked for me (and it works well for the Warrior’s Cuirass, too, honestly).

In bringing the look back from ye olden times, though, we’ve got more flexibility than we used to: there is a dyeable version of the Flanchard, allowing the tailoring of it to the silver parts of the Surcoat. Along with that, we also have dyeable High Allagan Gauntlets, which work very well alongside the Flanchard. Of course, given my weird like for glasses on tanks (I blame the Scholar job quests, I suppose, with the nerdy Lalafell Marauder), I kept the Reading Glasses from before. While there are a number of leg options that work alongside the Surcoat, I couldn’t think of a particularly good reason to go with anything but the appropriate Valor Cuisses.

The only real problem with the look is that it leans heavily on job specific gear, which has left my Dark Knight looking a bit mismatched: If the Valor gear were dyeable, I could at least get the colors sorted out perhaps, but it’s not. I would love for Square to go back and figure out dyes for the i90 artifact armor, though: many of the sets have much nicer accents than the i55 stuff. Other than that little issue (which isn’t a major one since I’ve more or less stopped playing DRK now that my alt has access to it), I’m satisfied with this look, and it also means I can go back home to the Curtana Nexus, which is always a good thing.