It’s that time again! We’re a little over a week from the release of Part I for the last major patch of Heavensward, the Far Edge of Fate. The trailer launched late last night, and if you haven’t seen it, you should check it out! Among the usual things (new dungeons, new Main Scenario, and so on) it seems we’re also getting new Beast Tribe Quests, which I’m actually pretty excited about, as I greatly enjoyed the Heavensward Tribes.

As always around this time, we’ve also been getting gear previews, with there being three main sets of stuff coming in 3.5: the normal 24-man set and new dungeon sets, as well as, in something of a surprise to me, new PvP gear! 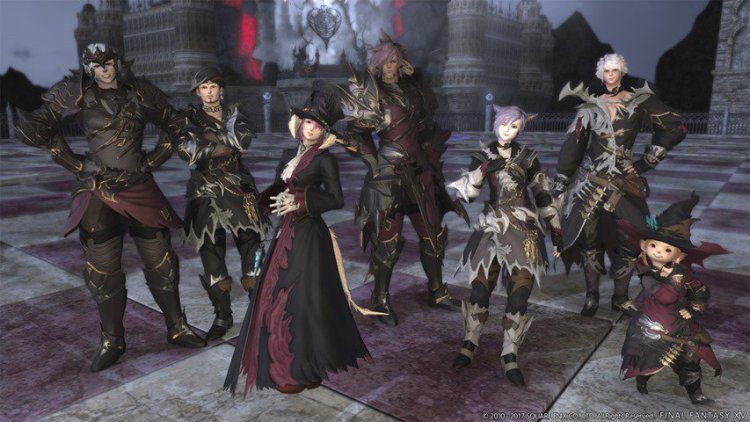 The new gear from Dun Scaith shares a lot of thematic similarities with the gear from the previews two raids, somewhat naturally, but most especially with the gear from Weeping City of Mhach. There’s an overall “tattered darkness” feel to these, which is also reminiscent of the gear from A Realm Reborn’s World of Darkness raid. This aesthetic usually isn’t my style, personally, but these are probably the best looking sets of the three Heavensward 24-man raids.  If I use anything from these it will probably be sparingly, as the style here is really hard to blend with other looks. 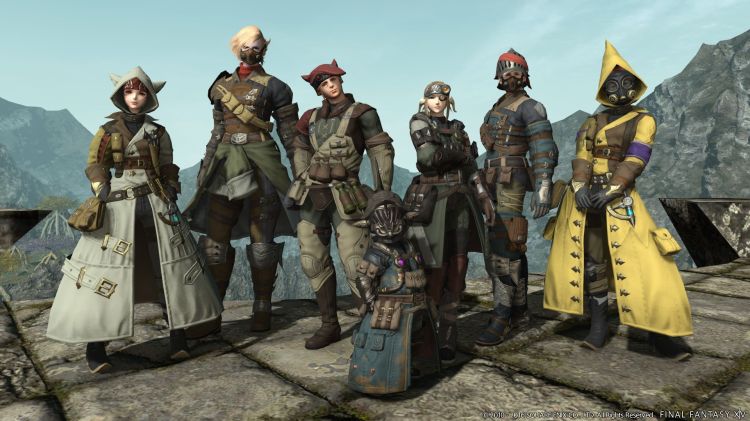 Similarly, the new dungeon gear, from Sohm Al (Hard) and Baelsar’s Wall, isn’t really up my alley either. While I like the rugged aesthetics here, many of these seem way too baggy for my tastes, so I can’t particularly see myself using them for much. Sometimes I find myself surprised once I get my hands on things in game. These are all also something of a style we really don’t see much of, so in that regard, they’re a welcome addition, as these will expand options for other folks. I’m always really curious to see what folks do with things like these even if I never really use them myself. 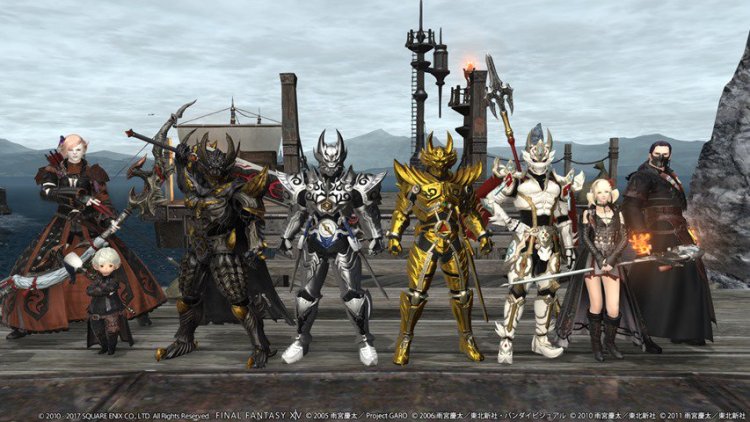 The  new PvP sets are part of yet another collaboration, this one with the Japanese TV Show, Garo. As usual, Ninja got a PvP set (the silver one) that seems more fitting for a Samurai, which is really unfortunate and, for me, disappointing. However, the sets for Aiming, Casting, Healing, and Striking (far left, second from the left, second from the right, and far right) look great, and I can see them opening up a lot of glamour possibilities. With GC restrictions apparently being removed for Frontlines in 3.5, I imagine I’ll start doing Frontlines Roulettes to slowly build up Wolf Marks and get the most useful pieces.

Those are the major gear reveals from the trailer that I was able to pick up on. It does seem that we’re getting new, golden main hands for crafters and gatherers, and I’m sure there will be other new crafted glamour gear as well. It’s not yet clear how the rewards for the new Diadem missions are going to work (and whether they will have unique gear models this time), but since those aren’t coming until Part II of 3.5, I’m sure we’ll be finding more about that soon.

That’s all for today! I’m working on another Tank glamour, but I’ve really got no clue where I want to go there right now and I’ve been flailing around aimlessly while trying things. Hopefully I can put something together for Monday!