It seems to happen pretty regularly that after I put up one of Alahra’s tank glamours, I get Lynahra to a point where she’s able to put together something new, too. I never really do that on purpose, but it is what it is, I suppose. I’ve had this glamour in mind in some form ever since I switched Lynahra’s main over to Warrior, but I had a lot of leveling to do to get here there. Yesterday, I finally got her to level 50, and then I got to play around, deciding on the final form it would take. 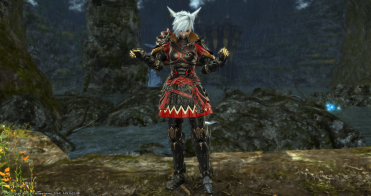 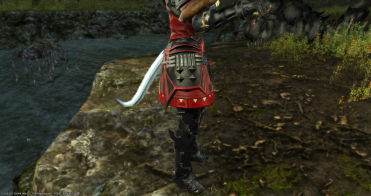 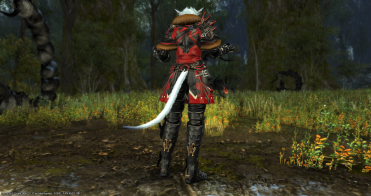 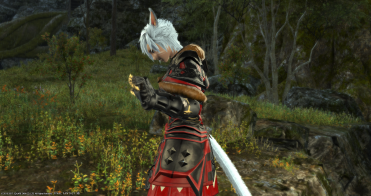 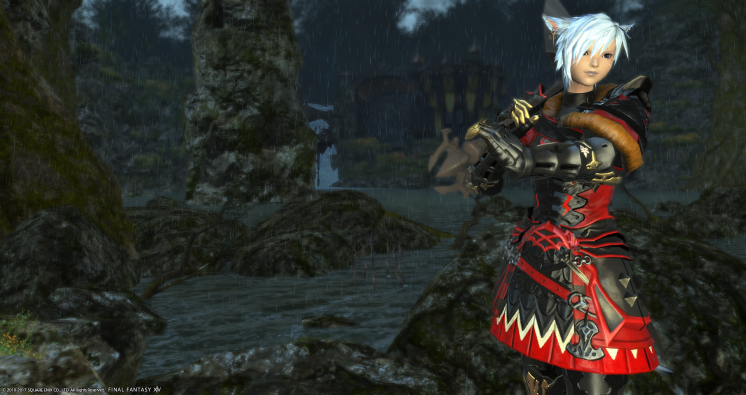 Of the original Artifact Armor sets from A Realm Reborn, my favorites are easily the i90 Valor and Warrior’s sets. I’ve talked about them before a bit on the site while discussing problems with other tank gear for Alahra, and I’ve used the Valor Surcoat in a look that shared a lot in common with this one. Since Warrior has never really been a good fit for Alahra, though, I’ve never really done much with their Artifact Armor in any form despite loving their set as much (and honestly probably more) than the Valor set for Paladin.

Now that Lynahra is officially a Warrior, though, I got to play around with their stuff. I went back and forth a lot on whether I should go with the i90 Warrior’s Cuirass or use the dyeable Augmented Fighter’s version, but in the end I couldn’t find a color scheme I liked on it for Lynahra (I’ve used the Augmented version in Pure White for Alahra though, very briefly). The i90 version is a great looking piece, though, even if it can’t be dyed. I wasn’t sure about the red and black for Lynahra  at first, but it’s started to grow on me. 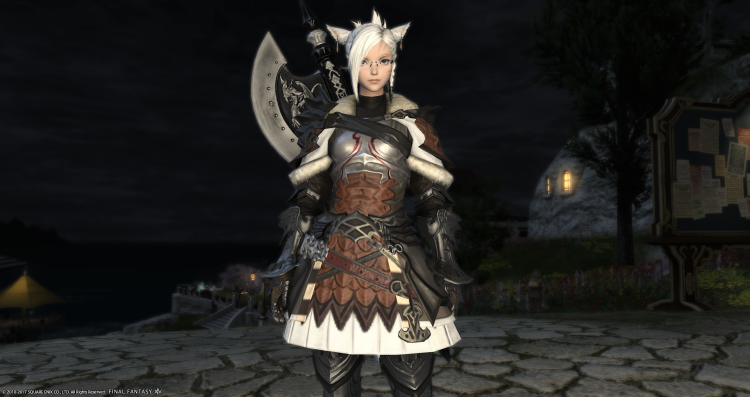 The other pieces probably don’t need much explanation: the High Allagan Gauntlets look good alongside the Allagan Flanchard, and the pants are mostly just to mach the Flanchard. They’re not really visible except from behind, so I could really go with anything, but there’s not a big reason not to use the matching leg piece. Moving forward toward 60 I think there might be some better options for the hands and feet pieces, but I’m happy enough with this look that I’m more interested in playing Lynahra than wrapping things up on Alahra before Stormblood, so that probably says quite a bit!