I’ve been making some decent progress on Scholar lately, and while I was skeptical about the class’s changes before I got started on it, now that I’ve actually gotten into things I’m enjoying healing more than I have in a long time. I don’t have the full suite of abilities yet, but Excogitation works very well for my cautious, preventative healing style, and Broil II has an absolutely fantastic animation. I’m still not entirely sold on the removal of the third damage over time effect—Scholar’s DPS flow, in terms of button presses, now feels very awkward. The more I play, the more I’m getting used to that, though (and the new Miasma II is pretty nice).

At this point, I’ve been using the same healer glamour for about four months, which is a really long time, especially for a role that used to be my main secondary. I want to play around with the new gear from Stormblood, but most of the things I’m interested in are higher level (I’m looking forward to fiddling with the new Scholar Artifact Armor in particular). I still wanted something different at least, though, and while I was browsing options, I hit upon an old favorite that I’ve actually only used sparingly. With a couple newer items, I’m actually pretty happy with how this one turned out. 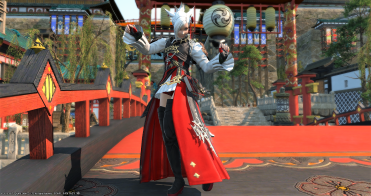 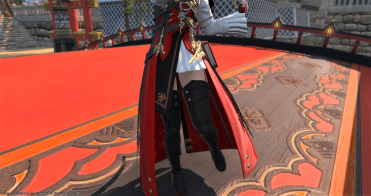 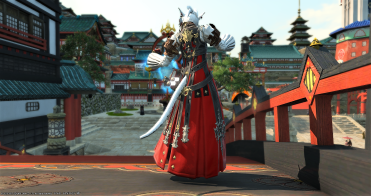 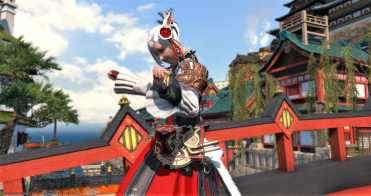 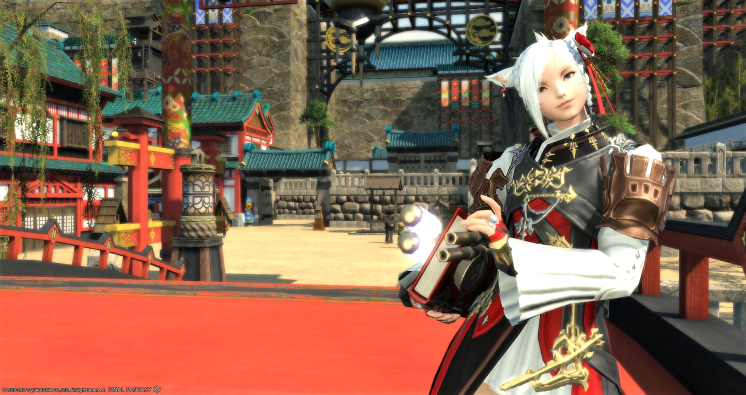 That the High Allagan Coat is gorgeous is of course no secret, but when I moused over it in my retainer’s inventory, I had a eureka moment: despite its default color scheme of black, red, and white (all three of my standards in one piece!), I’d never used it that way, and even more strangely, I’d never done the obvious pairing of the Coat with the Scion Healer’s boots. The last (and only) time I’ve actually used it, I went with Metallic Silver dye (for some reason), and that glamour really didn’t last very long.

I’m much happier with the coat in its natural color, and there are a lot of great things that can be paired with it. The Scion Healer’s Highboots are obvious, of course. I stuck with the corresponding High Allagan Gloves mostly for color scheme reasons (and I prefer fingerless gloves in general if I’m going to use them). The new Ruby Cotton Smalls will probably end up being a healer staple for me whenever I use robes. I always liked the Valerian Shaman’s Smalls as an alternative to my normal Light Steel Subligar, and with these being dyeable, they’re more versatile.

I think my favorite bit of this glamour is the Shisui Mengu, though. I’ve actually wanted a vibrant red hair corsage ever since we started getting those in Heavensward. The normal  dried red options are washed out in a way that doesn’t match my favorite Dalamud Red, which has vexed me endlessly on my hunt for various alternatives to my Elegant Rimless Glasses. It’s a shame this one is locked to healers, but that’s not so awful, since healers are where I’m most likely to want to use a corsage anyway.

This isn’t likely to become a very lasting glamour, of course; especially for Scholar I’m not a huge fan of long robes (though my tastes do change there with the seasons it seems, so stranger things have happened). I do think it’ll last for a few levels at least, and it feels good to have finally used the Coat as originally designed.