I’ve hardly healed at all in Stormblood so far, with my 70 Scholar only really being used to occasionally jump ahead in the Expert Roulette queue when time is an issue. That’s meant I’ve not had a whole lot of reason to peruse new options for healer glamours, but I wasn’t going to let that stop me from putting together something for All Saints’ Wake this year! As I mentioned during the Spotlight on this year’s seasonal caster glamour, I ended up with a number of ideas for healer, too, mainly working around some of the Blackbosom gear that I hadn’t had an opportunity to really use yet. 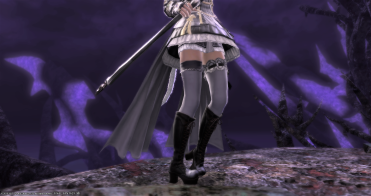 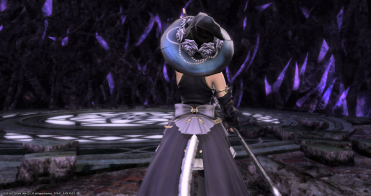 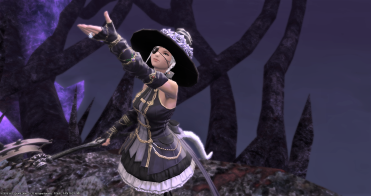 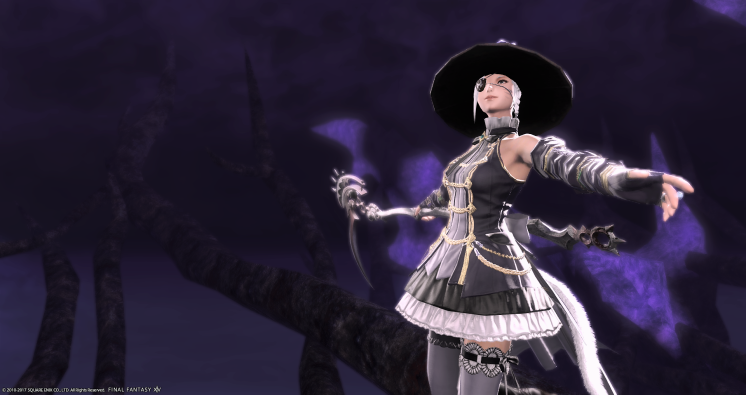 Mainly, I wanted to use the Blackbosom Hat and the Boots, and my initial plan to go with them had been the seasonal Eerie Tights (which was, I think, from the first All Saints’ Wake post-A Realm Reborn). I had a number of tops in mind, like the Witch’s Coatee, the Scion Adventurer’s Jacket, or the Holy Rainbow Shirt of Healing, but none of them really captured my imagination after trying them out. The Songbird Jacket did, though, for a sort of fun witch costume look. The Jacket had a problem though: it wasn’t long enough to cover the length of the Eerie Tights, which created a bit of a weird double skirt that didn’t look right.

After trying it, though, I was more or less set on the Songbird Jacket, and so I started branching out into other options. In the end, nothing worked better than the Songbird Skirt. Since the tights dye on that one, it gave me something similar to the Eerie Tights in color (even if the spider webs were missing). Gloves weren’t too difficult once that was taken care of—I knew I’d want something long (and probably would have used the Witch’s Gloves if it weren’t for the orange ribbon), and as it happens, the Star Velvet Gloves have gold on them much like the Songbird Jacket does, so they were a perfect fit.

None of these pieces are actually from All Saints’ Wake, but the Blackbosom stuff is sufficiently spooky, so I’m not so bent out of shape about that! This will probably be my last glamour for this year’s holiday, since it ends before my next scheduled update, but if I get really inspired, I’ll show off one more! Otherwise, regular glamour updates will be resuming.