Following on from her most recent request, site Patron @curious_usagi asked me to write about my favorite Heavensward Artifact set this month. I didn’t have to think much at all to figure out which set that was. If you’d like to make requests of your own, you can support Fashion Ninjutsu on Patreon. Artifact sets in Heavensward were kind of […] 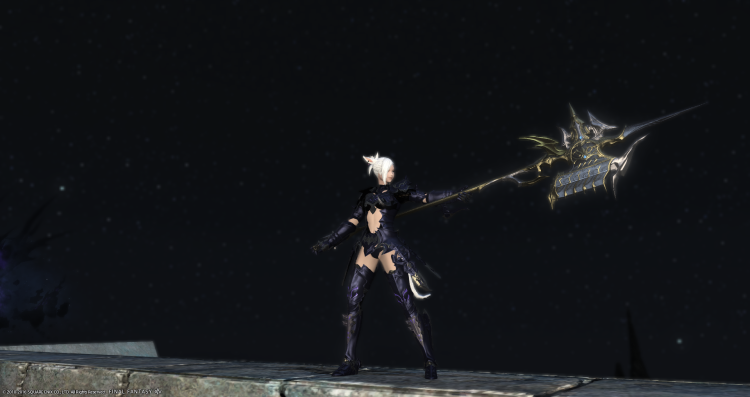 My Dragoon glamour is basically nonexistent right now: I’ve been getting lucky with drops for it from the new 3.4 dungeons, and since I basically put no effort into gearing it, all of them have been fairly significant upgrades. At times like this, I often don’t keep my glamour fully attached to the new pieces […] I’m back! It’s been a really long time since I’ve been so sick as to be largely bed-ridden. I started going through FFXIV withdraw after awhile there. I don’t have any new glamours to share just yet, so instead I’m going to talk about one of the new, Patch 3.2 things I picked up last week […]

Even before the Glamour system was officially added to FFXIV, I was fairly obsessed with appearances, and it all started when I saw someone wearing the Argute Culottes with the Allagan Boots of Healing, not long after I had finally settled on Scholar as my temporary main (until NIN’s eventual release). Up until that point, […]