This series of gear set galleries for the initial is finally winding down. After today’s set, the Maiming gear from The Qitana Ravel, there will be just five more sets to go. Once that’s done, it’ll be back to business as usual here on Fashion Ninjutsu (with far more glamours than I’ve been posting the […] 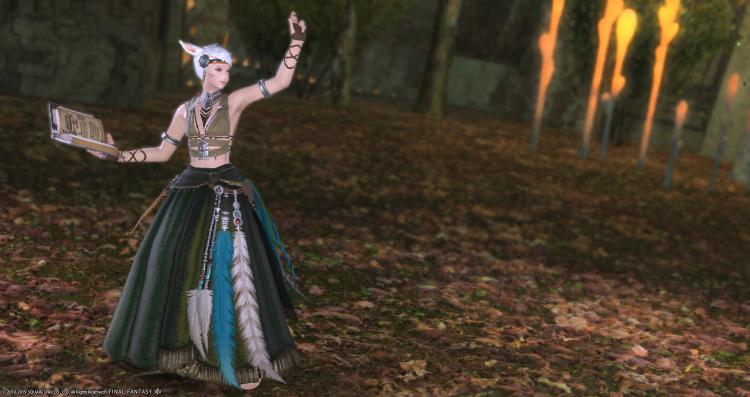 Dropping from The Qitana Ravel, the Ravel Keeper’s Attire of Healing largely shares models with the similar Casting gear from the same dungeon. As is usual between the two normally paired Disciple of Magic sets, this one has a lighter color scheme than the other, favoring more earthy tones. Of course, the range of colors […] 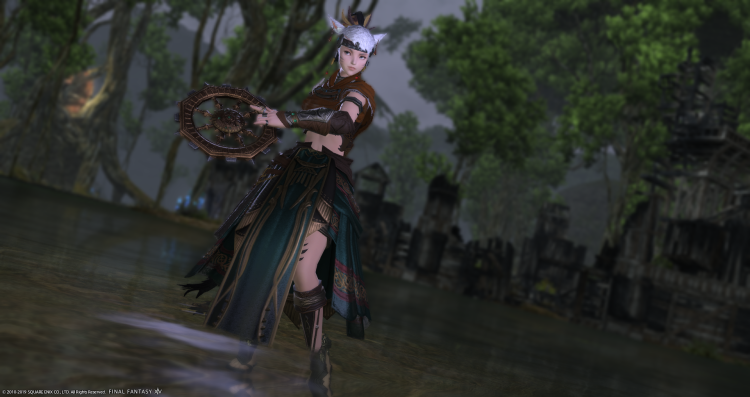 Another of the generally lovely sets from The Qitana Ravel, the Ravel Keeper’s Aiming gear shares most of its models with the similar sets for Scouting and Striking classes. Like those ensembles, this one’s distinguished from the others by its headdress, which is shared instead with the Fending set. Otherwise, if you’ve been following along […] Largely sharing models with the Scouting gear from the same dungeon, the Ravel Keeper’s Garb of Striking follows along thematically with the rest of the sets from The Qitana Ravel, a new dungeon from the Shadowbringers expansion. Serving well as tribal or ceremonial garb that’s lighter fare than other options in the same vein, the […] The Ravel Keeper’s Attire of Casting from Shadowbringers offers another take on a ceremonial tribal look for the game’s magical DPS classes. Much lighter than other tribal sets (like the Woad Skywicce’s Garb from Sohm Al), the Ravel Keeper’s set has a sort of primal elegance that will probably give it a decent amount of […]

Up next in the continuing series of gear set galleries for Shadowbringers is the Ravel Keeper’s Garb of Scouting. I’ve actually been sitting on this set for quite some time, but I’ve I didn’t come up with a priority system for posting these before I started this project (and I really should have!), so it’s […]

One of my favorite round of gear sets from the initial launch of Shadowbringers has to be the Ravel Keeper’s gear. In general, FFXIV doesn’t offer a lot in the way of “tribal” aesthetics, but so far each expansion has had at least one dungeon that offers something in that vein. (In Heavensward, we had […]